TWISTING THE PLOT IN THE PRESS

Ageism is insidious. It’s everywhere. It looms in the spaces where we work, gets fed to us through advertising, and informs our economic structures. Ageism shows up in politics, is taught in schools, and influences our healthcare systems. It also dwells inside of us.

Instead of Aging, Be a Work of Art

What would you say if I asked you to consider yourself a work of art? Could you have fun with this notion? Can you get your creative juices flowing around the possibility? Or have I already lost you? I don’t know when I decided to consider myself a work of art. Perhaps it was after years caught up in my shortcomings and flaws. Or maybe it was after years of personal therapy, and a lot of time spent recognizing my habitual thinking patterns.

Trick Or Treat! Stories of Aging Are a Mixed Bag

Growing older isn’t one single experience. This Halloween, we’ve got a handful of stories of aging — each with its own unique flavor. Aging is a mixed bag. It brings sweetness and scares; provokes laughter and sometimes screams. Unwrap these real-life stories of what it’s like to grow old. We promise, there’s all a treat to read! What are your favorite stories of aging? Share them in comments below or in social media. We’ll update our collection here.

Why You Need a Midlife Dog at Midlife

At 49, I shouldn’t have adopted newborns. Rescue puppies, that is. And certainly not after spending two decades raising three kids (now 24, 23, and 20) and two different dogs (who have both since passed away). I’d survived a bad marriage and a contentious divorce, sold a suburban Washington, D.C., home, and renovated and moved into a row house in the District. I was finally making time for me. Like 42 percent of Americans (up from 39 percent in 2007, according to Pew Research), I was going to be living alone and was very excited about it. Yet, I adopted two Great Pyrenees — mix puppies, five weeks apart, each 11 weeks old. (My first two human children are 14-months apart. Hmmm. Do we see a pattern here?)

Depression & Suicide Among Women in Midlife

On Tuesday morning we were awakened by the news of fashion designer Kate Spade’s suicide. We were physically awake by then, of course, but we’re not talking about that kind of awake. Kate seemed to have what many of us covet: career success, wealth, family, fame. Her persona was one of bright colors, simplicity, and a sense of humor. She had a reputation of being kind and generous. So why? Why would anyone who seemingly had it all do this? The day after news broke of Kate’s death, her husband, Andy Spade, released a statement to the press revealing his wife had suffered from anxiety and depression for years.

It took 36 years and a potential lifetime appointment to the Supreme Court for Christine Blasey Ford to come forward and speak publicly about her alleged attempted rape by Brett Kavanaugh. Her reasoning was understandable, says Dr. Cecilia Dintino, a clinical psychologist and co-creator of Twisting the Plot, a therapy workshop for women over 50. There is a culture of shame around sexual assault, and shame’s function is to make sure you keep your mouth shut. “But the problem is a lot of times we walk around having shame about things,” Dintino said, “and we really didn’t do anything wrong.” It seems as a society we’re starting to break down the shame around sexual assault. Women and men, especially those over 40, are more willing to share their stories publicly. And when the president of the United States takes to Twitter to shame a woman all over again, an explosion erupts.

As a psychologist, I have been dealing with change in women’s lives for decades. Recently, I noticed that the process can be a bit more challenging for women over 50, myself included. The other day I was sitting in a session with Lucy,* a woman in her mid-50s. She cried as she told me that her husband had recently left her. She felt alone and confused, she said, with her kids grown up and her job failing to provide meaning. “My whole life before, I knew who I was and what I was doing. I had a vision for my future self that made sense. Now I feel like I have no map. I close my eyes and all I see is a black hole.” 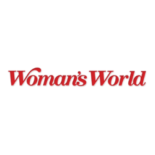 How to Stop Comparing Yourself to Others Once and For All

Between our friends’ parade of “perfect” social media posts and that voice inside our heads whispering that we don’t measure up, it’s easy to fall into the comparison trap. Here, our expert panel of Cecilia Dintino, Psy.D. and assistant clinical professor of psychology at Columbia University Medical Center, Shainna Ali, Ph.D. and author of The Self-Love Workbook, and positive aging expert and and author of Love Your Age, Barbara Hannah Grufferman, offer up fool-proof tips on how to free yourself once and for all! 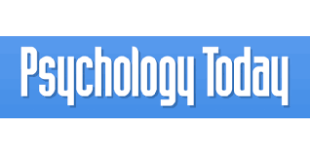 7 Thoughts Not to Think as You Get Older

Ageism is insidious. It’s everywhere. It looms in the spaces where we work, gets fed to us through advertising, and informs our economic structures. Ageism shows up in politics, is taught in schools, and influences our healthcare systems. It also dwells inside of us.

Each week Dr. Cecilia Dintino and Psychotherapist Hannah Murray Starobin will speak with women who have twisted their plots and discovered that life after 50 can be filled with imagination, inspiration, laughter, and endless possibilities.